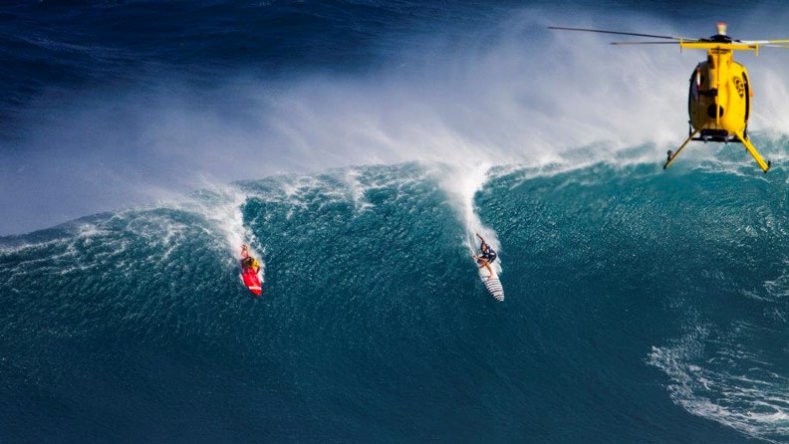 The world’s elite big wave surfers gathered December 6, 2015, on Maui for the Pe’ahi Challenge, the second stop on the World Surf League (WSL) Big Wave Tour, sponsored by TAG Heuer. The famous Jaws surf break at Pe’ahi on the island’s north shore did not disappoint, delivering monster waves averaging 40- to 60-feet for the first paddle-in contest at the premier big wave surf site. At the end of the day, Billy Kemper of Maui took home the $25,000 prize along with a TAG Heuer 300m Aquaracer Calibre 16 Chronograph.

TAG Heuer’s surf ambassador Kai Lenny also competed that day wearing his Aquaracer Chronograph. “This Swiss replica watches has been underwater in 50-foot waves and has also been in 50-foot barrels,” says Lenny, who has lost a few TAG Heuers to extreme waves in the past. The 23-year-old Lenny, a Maui native, is also a windsurfer, kite surfer, and six-time world stand-up paddle champion.

“The conditions were pretty on par with epic,” says Lenny, who has surfed the death-defying waves at Jaws since he was 16 years old. “I wouldn’t be surprised if the webcast and TV coverage from this event is the most in surfing’s history because there was constant entertainment with amazing rides and lots of carnage.” Lenny caught his first wave on the island at age four and spent 12 years gaining the experience and skill that prepared him to ride the biggest waves on the planet. 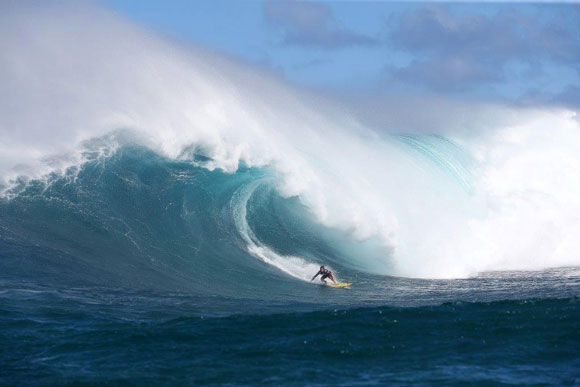 “The passion outweighs the fear, and you are willing to overstep that natural urge for self-preservation,” he explains, embodying the brand’s slogan: Don’t Crack Under Pressure. “You’re willing to put your life on the line for that experience. It truly makes you feel alive—it’s you and Mother Nature connecting at its most powerful and most graceful.”

Given that waves have to reach heights of at least 35 feet to hold a big wave competition, the events are spontaneous affairs planned with only 72 hours notice. Currently, WSL experts are watching conditions at Todos Santo, Mexico, Lincoln City, Oregon, and Punta Galea, Spain as the next potential stops on the WSL Big Wave Tour, which TAG Heuer partnered with earlier this year. 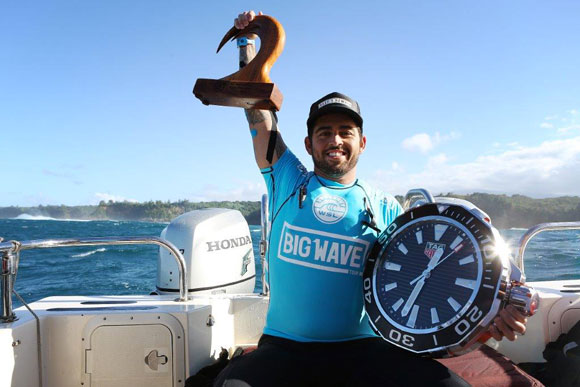